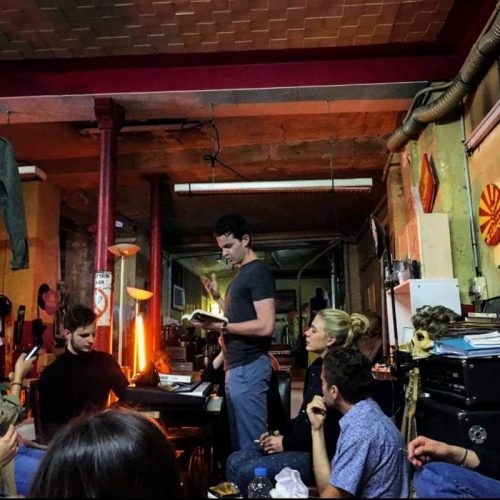 In partnership with “Harmonie et Silence”, TYP France host a weekly event called “Le Pote qui lit”, which literally translates to English as “The friend who reads”. The idea of the project is simple – gather together each week with a large group of young people and share your favourite passage of a particular novel with the group. Each week there is a different theme such as Music, Freedom or Journeys around which all participants choose a novel from which they draw their favourite passages.

The idea of the project is not only to encourage appreciation of literature (from various languages might I add) but also to encourage empathy and respect amongst young people. It is also a source of inspiration for artists, to discover new passages and novels or simply different interpretations of passages of which they were previously aware or just overlooked at first. After sharing their favourite passages, participants are encouraged to discuss why they have chosen their particular passage with the other young people at the event, which also gives rise to social, political, historical and even economic discussion.

A lot like Cafe Info, Le Pote qui lit is in a very comfortable environment in order to encourage as much participation as possible and to help bring new young people together as easily as possible. As a result, young people tend to be more open and honest at the events. If you would like to get involved with the weekly events, contact the TYP France team at: [email protected] or follow their Facebook page.