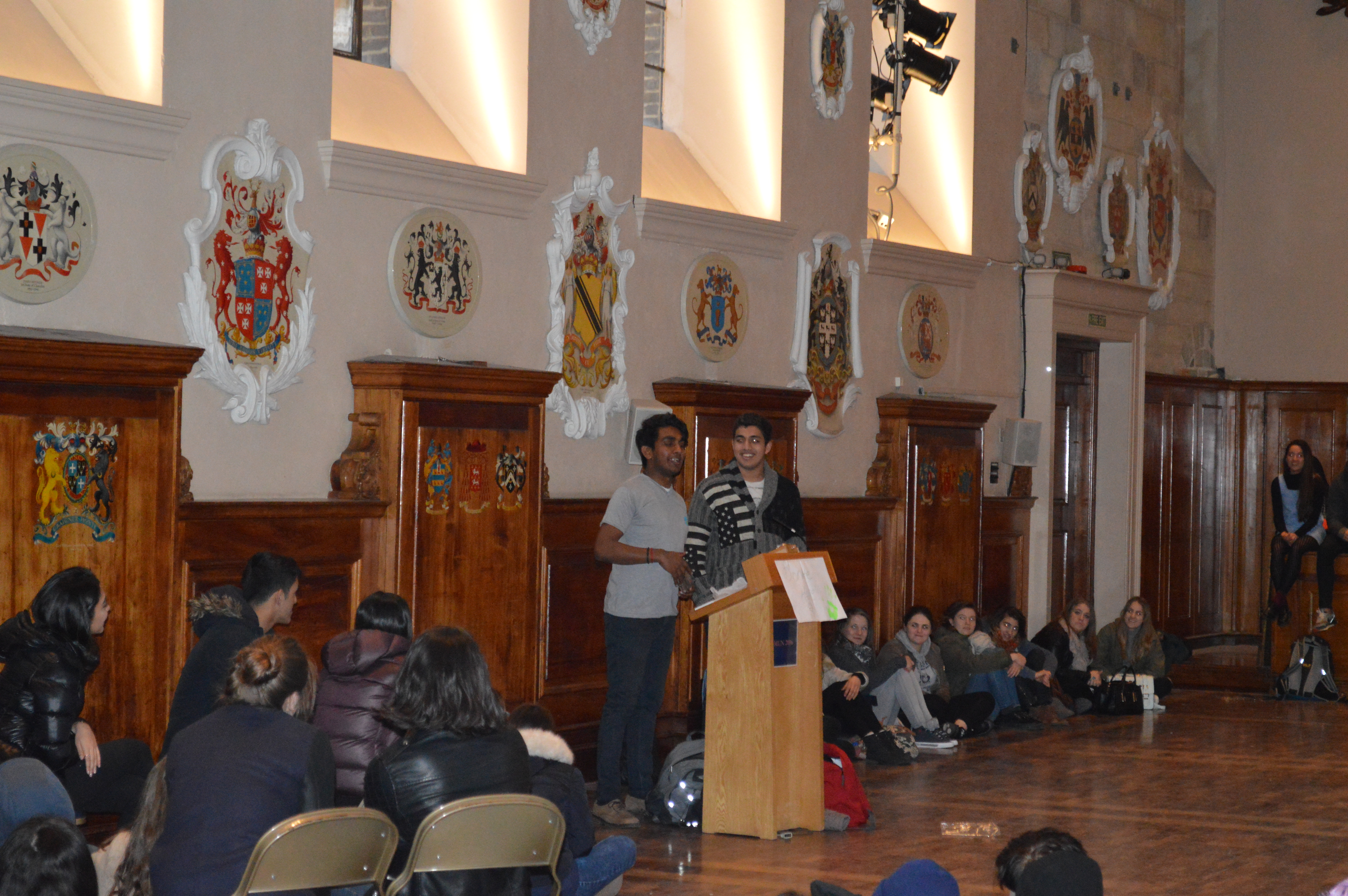 It still astounds me how The Youth Project started as 4 friends sitting around a table drawing logo ideas in the canteen at lunchtime to what it is today – a global organisation making a difference both abroad and at home in our own young people. I got involved with The Youth Project as one of the first members when Eash approached me with the idea. It might sound cheesy, but I’ve always dreamed of changing the world and I really believed that together young people could do it. That feeling hasn’t wavered since the moment I joined The Youth Project.

In the start, a few of us began working on the Big Break Talent show. We had a poor brand, we planned the event poorly, I turned up 3 hours late, we didn’t sell out the venue, a judge walked out, but we still managed to power through and raise £700. It would’ve been easy to give up there, but we stuck with the Big Break concept and all the members stuck with TYP and our grand vision.

It perfectly contrasts to our most recent events – The Bollywood themed Dinner and Dance and our fourth Homeless Drive in the UK. The former successfully raised over £3000 in funds for our global projects and will directly be invested into supporting less privileged youth communities in less economically developed countries. Everyone in attendance loved the live music by international star, Navin Kundra, and performances by Bollywood Strings; this combined with all the lovely extras – the innovative mirror photo-booth, the crazy fusion of flavours in the dinner and the raffle & auctions. The latter drew over 200 young volunteers into the streets of London to deliver a resource pack to each homeless person they could find across greater London. Importantly, TYP focus both on helping those in the streets who do not have shelter that night and spending time listening to the stories of the homeless. This is more vital to us than actually delivering the packs, as it benefits both the giver and the recipient of the pack. The giver, the young people actually experience something life-changing as they really understand the unfortunate situation of the homeless and are driven to support them further, and the recipient, the homeless people as they feel cared for, something I’ve been told is easily forgotten when thousands of people walk past them hourly ignoring everything they say.

Like any organisation, we don’t have everybody’s support in the things we do, but we are actively working on changing that. I think our two most recent events speak for themselves with regards to the scale we are developing as a charity and in the coming months I think everyone’s going to love some of our new launches. This will include our first line of clothing through our fashion brand, Label, and the official relaunch of our amazing online news platform that enables young people to express their opinions, The New Word.

I can honestly say I’ve never received any award that means as much to me as this one. None of the associates or directors are really there for a UCAS reference or to win an award, so being selected for this award by the most selfless people I know is the most amazing feeling. In my opinion this award recognises the hours that TYP members have put into this organisation over the past two years. It’s because of the work these people have put in, whether they’ve been part of the organisation for two weeks or been with us since day one, I can proudly say that we ran multiple homeless drives internationally, raised over £20,000 in funds, built a sports pitch in India for slum children, run an online magazine, are in the works of launching a fashion label and many more.