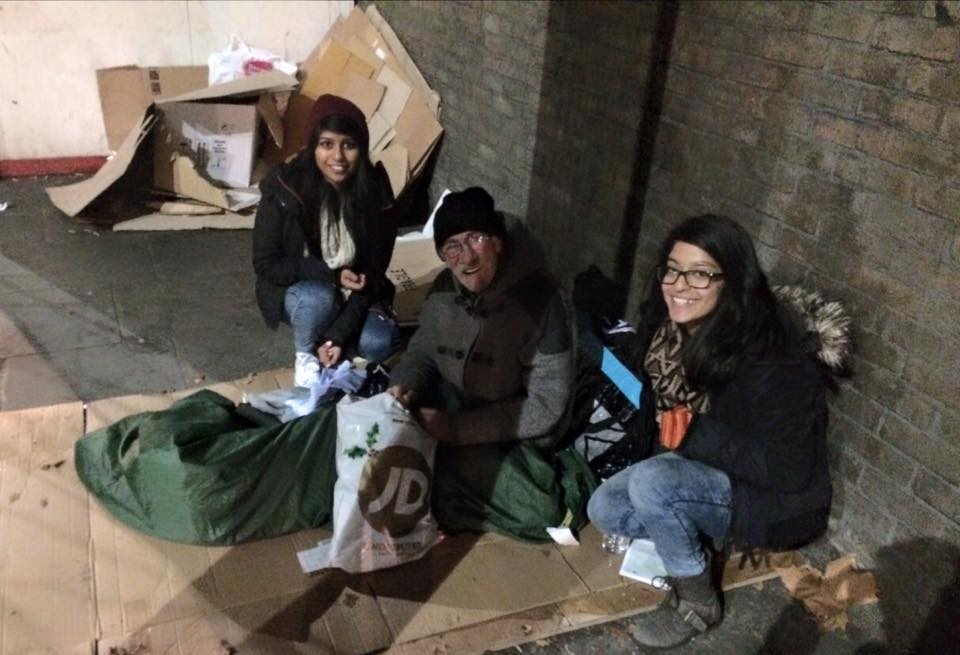 As some of you may recall, on the 2nd January we carried out our first homeless drive. We gave out kits containing food, a new set of warm clothing, hygiene items and a booklet we made containing advice to around 50 homeless people on the streets of London.

The booklet was translated into numerous languages so that it is accessible to everyone who wanted to read it. Within the booklet, we put Aadil’s phone number so that if any of the homeless people ever needed someone to talk to, they could get hold of him. Although we did know that it would be unlikely as they may not have access to a phone, last week, one of the homeless people called Aadil just for a chat!

For us, this is what makes us feel as though we are beginning to make an impact, and the fact that we had enough of an impact on his life in one night for him to remember us three weeks later and want to call is heart-warming.
For a reminder of what we did, check out the video we did with Cincera UK which encapsulates the entire day.